An Introduction to the ABCs of REBT

A PDF version of this article is available here:
ABC Crash Course 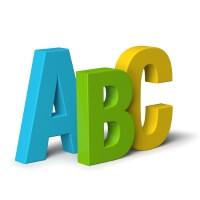 If you get some paper and a pencil to use while you read this, you can learn this technique in 10 minutes.

A common example is the issue of someone else’s behavior “making you angry”. This is a very common way of expressing something and we hear it often, but in fact it distorts the situation it attempts to describe. A more accurate description of “someone making me angry” is to say that you feel angry about their behavior. They are not making you anything- they are simply behaving in a way that you are getting angry about. You notice their behavior and then become angry. The responsibility for the anger is yours, not theirs. This can sound strange at first, but when dealing with problematic anger and frustration this is the way it works.

To use this ABC exercise for yourself, just pick any situation where someone’s behavior is “making you angry” and take a look and see what it is you are thinking about it that is DEMAND-ing and irrational, and change it into something more rational- a PREFERENCE. It is irrational to demand that people behave in the exact way you want them to! Here is an example using drunken people making a lot of noise late at night as they pass by outside where I live. 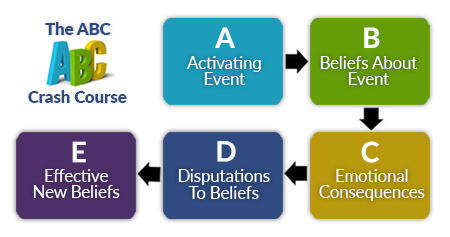